by Paul Macinnis | How To 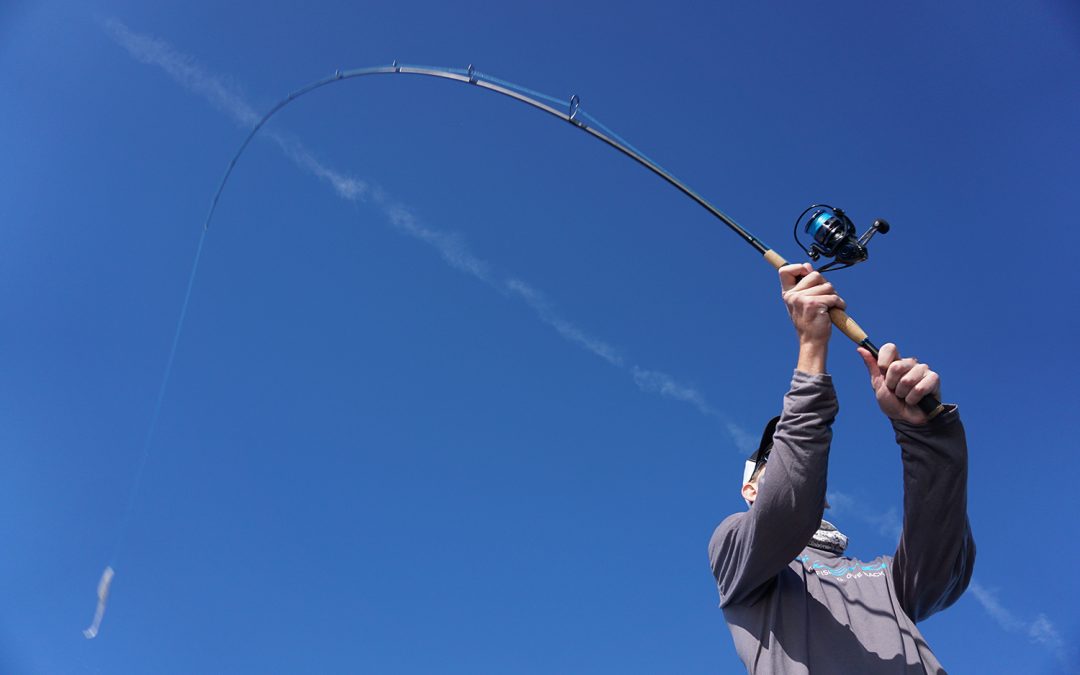 Wind knots are the bane of fishing braided line on spinning reels. Newcomers to braid often complain about getting wind knot after wind knot. After a day spent constantly re-rigging, frustration sets in and they go back to monofilament. It doesn’t have to be that way. Many anglers fish braid on spinning gear all the time with nary a wind knot or tangle. Want to know how they do it?

First, why would you want to use braided lines on spinning tackle? Some advantages of braid are increased line capacity, enhanced sensitivity, longer casts and better hook sets since braid does not stretch. There are plenty of angling scenarios where using braid will help you catch more fish. 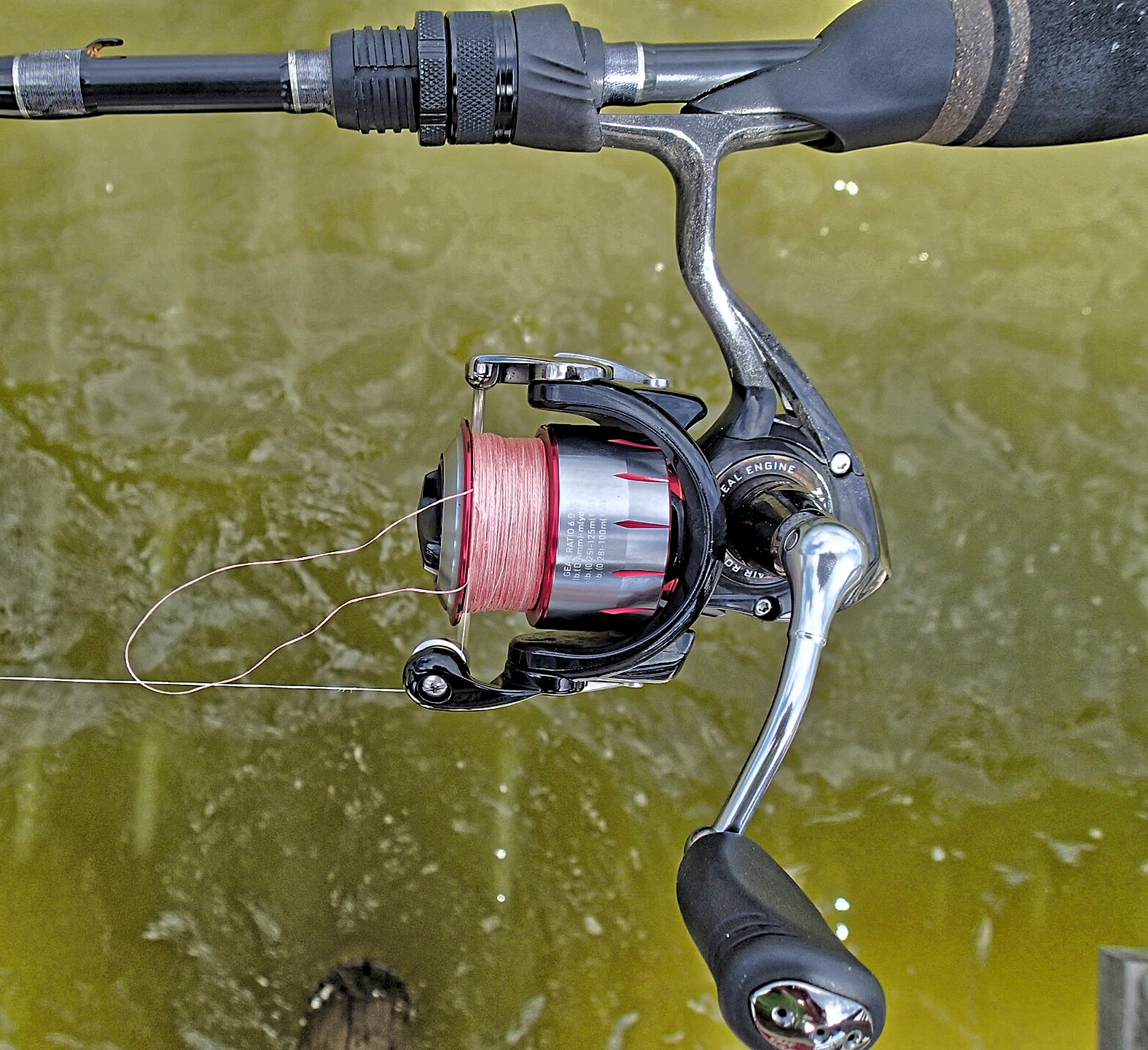 So, eliminating loose loops of line is key. The first thing to consider is the spinning reel you are using.  If you look at a filled spool from the side, the line should lay flat and level. If there are high spots and low spots then you are in trouble. Due to braid’s low memory and slick nature, line on the high spots slips off into the low spots forming loose line. What causes wind knots? In most cases it’s loops of loose line buried within the spool.  A loop of line hanging off the front of the spool is a prime recipe for a wind knot. As line is flowing off the spool during the cast, it has to spin around the loop on its way out. Sometimes you get lucky and the line flows out unscathed, but often the outgoing line and loop get wrapped up in each other forming that nasty tangle we call a wind knot. Unchecked, this loose line builds up and forms a loop, and eventually a wind knot.

You need a spinning reel that gives you uniform line lay. That is one thing particularly nice about Cadence spinning reels, every one of them is engineered and tuned from the factory to wind the line flat and straight. They also include spare washers with each reel purchase just in case as well.

Oddly enough, another feature of spinning reels that can lead to wind knots is the drag knob. Sometimes the first turn or two of the reel will wrap the line around the drag knob instead of the spool. When this happens, the next cast will fling the line off the drag knob creating a loop that will likely lead to a wind knot. Look for spinning reels, like all Cadence models, with low profile drag knobs with tapered edges and minimal protuberances to catch line.

Picking the right spinning reel is the first step in eliminating wind knots. You also need to get in the habit of closing the bail by hand. I’m not sure why but turning the reel handle to use the reel’s bail trip mechanism leads to loops forming in the line. Perhaps it has to do with the reel’s rotor having to revolve a bit before it reaches the bail trip mechanism. Regardless, closing the bail by hand drastically reduces the number of wind knots. It also helps to give the line a little tug before you start reeling.  Flipping the bail by hand and tugging on the line may seem awkward at first, but they quickly become habits you perform without even thinking. One thing to keep an eye out for is a lot of slack in the line. If you do see slack, use your fingers to apply a little tension to the line so it spools up tight.

Now if you follow the recommendations outlined in this article you should eliminate almost all of the loose loops of line that can turn into wind knots. The key word there is “almost”. What do you do if you look down at your reel and see a loop of line hanging off the front of the spool? The temptation is to fire off a long cast to empty a lot of line and the loop from the reel. Don’t do it. It may work half of the time, but the other half of the time you’ll be wrestling with a wind knot. You could open the bail and carefully pull line off the spool by hand. This can work if you are meticulous, but line coming off the front of the spool has to wrap around the loop on its way out so tangles can still form if you are not vigilant. Some folks like to remove the spool from the reel and pull line off the back of the spool This is an effective approach as the outgoing line is being pulled away from the loop, not towards it.

Whatever method you use to strip line from the reel, pay attention to where you dump the line you removed. There’s nothing worse than spending the time to clear a tangle on a reel and then finding the line you pulled out is now tangled with stuff in the boat. If I am in open water free of weeds and snags, I’ll strip the line into the water. If that is not an option, make sure you are dumping the line in an open area free of line catching obstructions as much as possible. When you reel the loose line back onto the spool, make sure you add a little tension with your fingers to ensure it winds on tight. Also, pay attention to the incoming line. Clear any of the loose tangles that might have formed before they cinch down and become a real hassle. 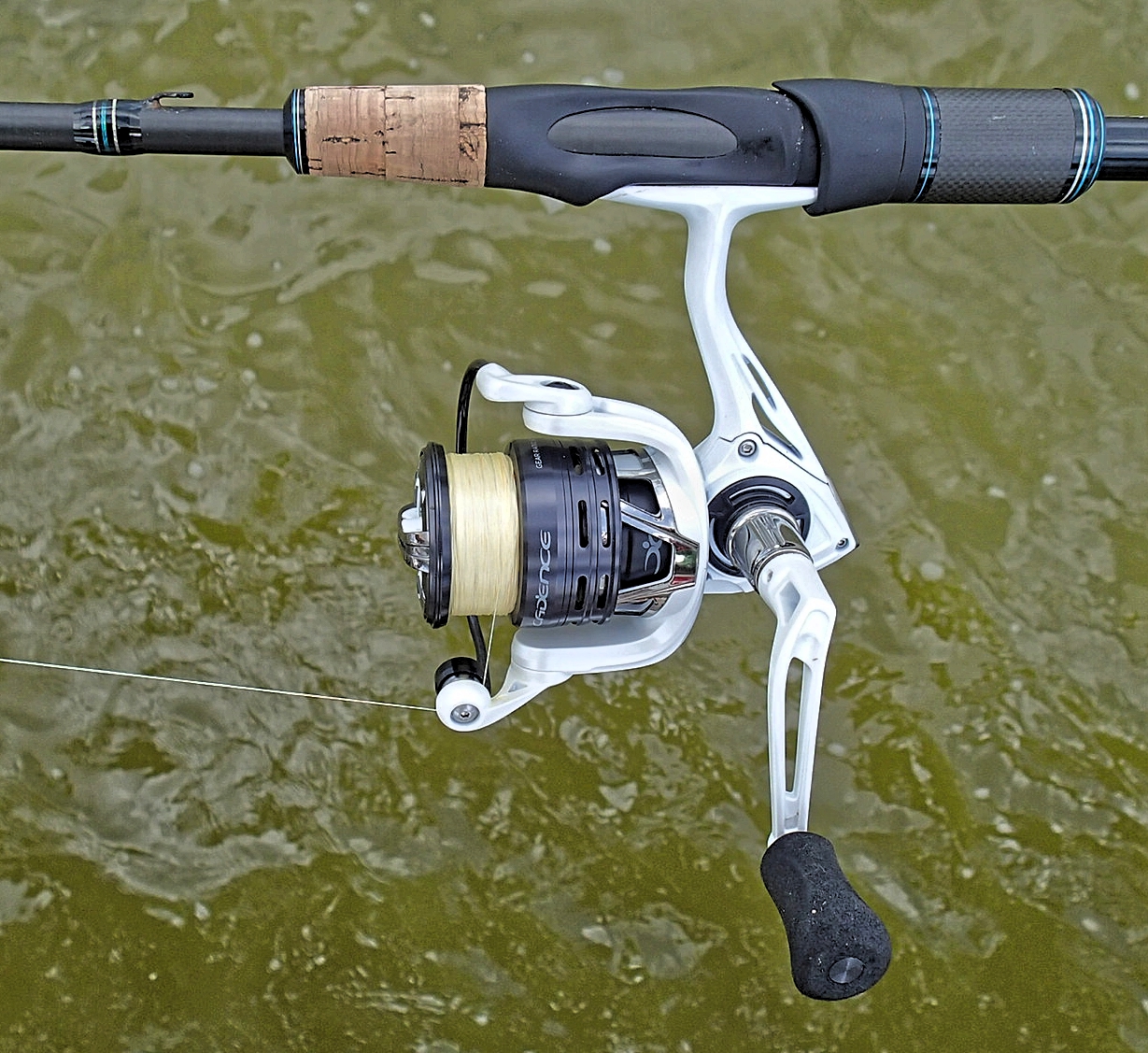 Even Line-Lay with No Wind Knots

Don’t deny yourself the advantages of braid due to a fear of wind knots. Follow the advice in this article and it is quite possible you can fish braid on a spinning reel for an entire season without ever having to re-rig due to a wind knot.